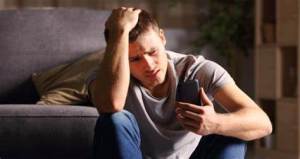 September was National Suicide Prevention Month. According to the American Foundation for Suicide Prevention, suicide is the 10th leading cause of death in the United States. Every 10 hours in Alabama, a person dies by suicide. In an effort to prevent loss of life by suicide, a new 3-digit emergency hotline number has been proposed; 988. Currently, a ten digit phone number will connect someone in need with assistance but in the middle of a crisis, recalling that number is not so easy to do. Although staffing enough people to answer calls would be costly, this is a big step towards saving lives. This new number was proposed by the Federal Communications Commission. The hotline would be there for anyone contemplating suicide or going through any type of mental health crisis.

This proposed hotline is not the first attempt in making help-by-phone available to more people. In 2017, a song titled 1-800-273-8255 (the official phone number of the National Suicide Prevention Lifeline) was released by American rapper Logic. In the weeks following the songs release, calls to the hotline increased by 27%.

In 2013, a crisis text line was launched for those who prefer texting to calling. The goal of the crisis text line is to guide the texter to make a plan to remain safe and healthy. When you text HOME to 741741, you will be connected with a trained crisis counselor.

While we cannot predict all suicide attempts, we can be aware of risk factors and warning signs.
Risk factors include: mental disorders (specifically mood disorders), substance abuse disorders, hopelessness, impulsive tendencies, history of trauma or abuse, major physical illness, previous suicide attempt, family history of suicide, job or financial loss, loss of relationship, easy access to lethal means, local clusters of suicide, lack of social support, sense of isolation, stigma associated with asking for help, lack of healthcare access, cultural and religious beliefs, and exposure to others who have died by suicide.
Warning signs include: talking about wanting to die or kill themselves, looking for a way to kill themselves (such as purchasing a gun), talking about feelings of hopelessness, talking about having no reason to live, talking about being trapped or being in unbearable pain, talking about being a burden for others, increasing the use of alcohol or drugs, acting anxious or agitated, having recklessly, sleeping too little or too much, withdrawing or isolating themselves, showing rage, talking about seeking revenge, and extreme mood swings.
To read more on risk factors or warning sides, visit suicidepreventionlifeline.org.

In the following months, we hope to see progress made towards having 988 be an official crisis support line. Until then, read more about the text line or the proposed hotline below.
https://www.crisistextline.org
https://www.npr.org/sections/health-shots/2019/09/13/760511982/how-a-proposed-3-digit-suicide-hotline-could-help-prevention-efforts

This blog post was written by Haley Thomas, our intern. She is a fourth year psychology student at Spring Hill College. Her internship here at Hurley will provide valuable experience that she can take with her on her path to becoming a mental health counselor.