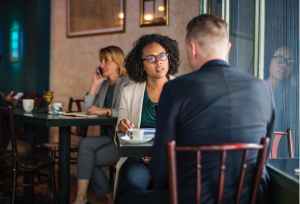 Couples often seek help with communication. It can help them to know that in every communication there are multiple channels of information that collectively determine what message is received by the listener.

Only roughly 10% of communication is determined by the words we use. The rest (~90%) is communicated through ambiguous nonverbal channels. The same words can be delivered in a way that mean opposite things. Think of someone who says, “I’m so glad to see you!,” accompanied with wide eyes, upturned corners of their mouth, cheeks pulling toward their ears, elevated in an excited tone. Now think of the same words, “I’m so glad to see you,” accompanied by a sarcastic tone, more slow rate of speech, along with a sneer, tensed muscles around the nose, and head movement backwards. The same words can send opposite messages.

Arguments about superficial/barely relevant things (e.g. why did you not put my keys on the counter?) can actually be reactivity to nonverbal signals that show hostility/defensiveness/contempt, etc. These aren’t problems with the skill in articulation. Both people can usually explain in detail why the other is a jerk. Lack of skill in concretely identifying what nonverbal cues cause the reactivity is often the problem.

Assumptions about what nonverbal signals mean are learned before we have words to articulate them. Those assumptions filter how we read others throughout our life. They can only be adjusted to be more accurate (and explained to a spouse), if we have labels to identify them. Much of couple’s therapy is settling couples until they can calmly hear each other, then building the ability to recover from their reactivity to be open to, and caring enough to allow the other person to teach them how to explain themselves without reacting with hostility/defensiveness.

Nonverbal messages also contain “role assignments”. Every time we communicate, we are taking a role (in relation to the listener) and offering one to the other person. The taken role and offered role are reciprocal. Examples of common role pairs during argument are “burdened vs. self indulgent” (“I’m tired of cleaning the entire house by myself while you play golf every weekend!”), and “rational vs. irrational” (I’m trying to explain why we can’t go on vacation, but you won’t listen”). Even if what you’re saying is reasonable, if you offer a negative role to the other person, they are likely to reject it. Accepting your position included validating the roles contained within it. If I don’t believe I’m self indulgent, I’m going to disagree, even if your complaint seems valid.

If you recycle arguments, or the arguments drift across subjects, the problem is likely not the words you are using, it’s the way you are delivering them.